Leg pummeling uses a combination of pressure and mobility that is an essential part of the guard passing game. This instructional is designed to give you the skills and knowledge for more efficient movement when attacking the guard.

Leg pummeling uses a combination of pressure and mobility that is an essential part of the guard passing game. This instructional is designed to give you the skills and knowledge for more efficient movement when attacking the guard. You will learn the mechanics to skillfully apply these movements as well as the concepts that drive them.
Frank’s leg pummel passing system is absolutely game-changing! This instructional is ideal for you whether you’re an active competitor, a seasoned veteran who rolls for fun, or someone just getting into the world of BJJ and no-gi grappling.

accelerate your ability
to learn grappling in 3 Simple Steps

The process of being a student is never-ending. Watch your newly acquired BJJ instructional and study the intricacies to evolve as a martial artist. Frank Rosenthal was born in New City, New York, United States, on October 12, 1990. He began training BJJ in 2009 after a friend introduced him to the gentle art.

Frank began to make waves in the international grappling world as part of the (now disbanded) Danaher Death Squad. 2018 was a breakthrough year for Rosenthal, which saw him become a member of the USA Grappling World Team. In the same year, Rosenthal continued his ascent, picking up championship wins in a number of major events, including KASAI, Onnit Invitational (3 times), and RISE Invitational (twice – in two different weight classes).

Frank is a young, talented grappler who is rising through the ranks in his weight division. Coming from a long lineage of elite martial artists, and having developed his style under the tutelage of John Danaher and the rest of Team Renzo Gracie, we can only expect bright things from Frank’s competitive future!

“Everyone will benefit from his detailed instructions”

Frank Rosenthal is one of the most fluid, refined and technical practitioners I’ve come across in Jiu-Jitsu. Having worked with him for many years, I’ve seen up-close his patient, rigorous approach as a student, and how he blends an unusually keen eye for detail with a deep, intelligent understanding of tactics and strategy. This incredibly valuable combination has allowed him to excel as both a practitioner and a competitor; not only that, but he has the rare ability to articulate these elements in a way that’s easy to understand. One of the central challenges all students face in jiu-jitsu is how to separate the valuable elements of practice from unnecessary trivia. Frank has done this exceptionally well in his own grappling over the years – a quality which has allowed him to accelerate his own progress and has made him a sought-after training partner among the best in the world. He is now poised to teach you to do the same. I believe everyone, regardless of level, will benefit from his insights and the detailed instructions he has to offer through this series.

“Leg pummeling is paramount to succeed in our sport”

I have had the pleasure of training and learning alongside Frank Rosenthal for many years. He is a technical, intelligent, competitor and teacher, who approaches problems in our sport with a great balance of creativity, rigorous experimentation, and precise execution. The mastery of Leg pommeling, which he has chosen to cover in this course, is paramount to success at the upper levels of our sport, and can result in rapid improvements in training for even rudimentary level students. If you have not been exposed to concepts like this before, I believe you’ll be pleasantly surprised at how much even a small amount of time invested in these lessons will pay off for your understanding and execution of the sport. Also Frankie looks like an absolute smoke show when his shirt is off and you can see his glistening veiny pulsating musculature derived from what I can only imagine to be a mixture of Arnold Schwarzenegger and Zeus himself.

All of the BJJ instructionals on Jiu Jitsu X Factor are designed to help you level up your ground game. Getting good at jiu jitsu is difficult. Developing a thorough understanding of systems and strategy will enable you to discover and make sense of the many intricacies that define the complex art of grappling.

How do I buy a BJJ instructional on Jiu Jitsu X Factor?

Purchasing a BJJ instructional is very simple. Navigate to your category of interest on the Jiu Jitsu X Factor website, then select the system you want to learn. Then, click “Add to Cart,” sign up to the site (if you aren’t already a member), and complete the checkout process. If you experience issues at any step of the process, please don’t hesitate to get in touch with us.

How do I access a BJJ instructional that I purchased on the Jiu Jitsu X Factor platform?

Can I buy a BJJ instructional as a gift for a friend or family member?

Absolutely! At the checkout page, simply select the “Gift this” option. From there, you can enter the recipient’s email, a personalized message, and any other important information related to payment.

How many times can I view one of the BJJ instructionals that I purchased? 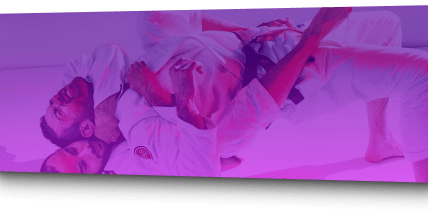